Establishing of the Velká Pardubická Steeplechase closely follows the organisation of the above-mentioned hunting with hounds. Their golden era in Pardubice falls into the second half of the 19th century mainly thanks to the suitable terrain around the city. The post of the Master was held by many significant personages, e.g. Duke František Liechtenstein, Zedtwitz, the Baron of Saxony, Duke Egon Thurn-Taxis, Duke Jiří Stockau, Prince Emil Fürstenberg, who was succeeded by Duke Jindřich Larisch-Mönnich and he held the post for thirty-five years until World War I.

As the post of the Master required organisation as well as business skills, only the best professionals were chosen to train hounds and horses. That is how Englishmen Charles Peck and Sam Stevens came to Pardubice. The horses endured long hunts and, therefore, excelled in persistence and stamina, but due to the frequency and length of the hunts had to be substituted.

Horse riding also brought stable staff, new riding equipment, chariots and coaches to Pardubice. The town began to attract successful entrepreneurs and the local businessmen were profiting too. Industrialisation together with building the railway resulted in great development for Pardubice. That, of course, was connected with greater demand for entertainment, which apart from hunting with hounds gradually began to include also horseracing.

The first mention of Pardubice horse races dates back to July 1842, when the Czech Society of Horseracing became involved in organising steeplechase and flat racing not only in Prague, but also in Pardubice. Details of the first steeplechase, held near Pardubice on October 14th, 1842 are well documented. The race was more than two English miles long, i.e. around 3200 m, and the four participating horses had to tackle 18 jumps. The following day witnessed another steeplechase, the course of which was three miles long, i.e. 4800 m, and included 32 jumps. Since then, the races were held regularly every year in the location of the current Pardubice racecourse.

In 1856, the Czech Society of Horseracing officially asked the city of Pardubice to assign the Cvrčkov pastures and groves for building a racecourse. The city council agreed and thus, on October 7th and 8th of the same year, the newly built racecourse hosted the first race.

Duke Maxmilian Ugarte, Prince Emil Fürstenberg and Duke Octavian Kinsky are usually considered the founders of Velká Pardubická Steeplechase. They decided to design a course of a unique and demanding race, which the public awaited impatiently. The event had a suitable overture in the “Great Distance Horse Ride from Vienna to Pardubice”, organised by the Viennese Riding Club and greatly advertised by Sportblatt magazine.

Thus, on Thursday November 5th, 1874, the first Velká Pardubická Steeplechase was held with great public interest, with 14 horses at the starting post. The victorious bay horse called Fantome with his jockey Sayers earned 11.700 guilders for his owner, Baron von Cramm. From the very beginning the race included the Taxis jump (considered the most difficult jump in the world) and received varied reactions. But then, like today, positive reactions greatly outweighed the negative. Thus, the race gradually became part of a national tradition and today represents the oldest Czech cultural or sporting event.

The Velká Pardubická Steeplechase underwent many periods of bloom as well as decline. It survived two wars – during both there were two involuntary breaks, similarly to the period after the Soviet occupation in 1968.

The period from the beginning of the race till World War I had two horse-heroes, the gelding Brigand and mare Lady Anne – both won the race three times. The English jockeys Fletcher, Buckenhan and Geoghegan also won three times.

After World War I, the race was only slowly regaining its original fame. The 1920’s and 1930’s are characterised as the period of duels between Czechoslovak and German horses. The best Czech rider of the time, Captain Rudolf Popler, who took part in the Olympic Games and also in the Grand National in Aintree (without success), won the race twice like the Czech jockey Holoubek, Italian Spano and German Lengnik. The greatest heroines are without doubt the only female winner in the race’s history, Lata Brandisová, with her Kinsky-breed mare Norma. In the tense atmosphere before World War II, they managed to beat all the favourite German horses and both became the darlings of the 40.000 viewers as well as the whole nation.

Another war-time break meant another blow for the racecourse. The following short period of relative freedom saw only two years of the race: the 1946 race was won by Pardubice jockey Miloš Svoboda with his gelding Titan and the year 1947 is so far the only French victory of Captain Buret on his horse Rayon de Lune. The communist coup meant a black mark for the whole of 1950’s, when most military horse riders were persecuted by the regime. Horse races were considered a bourgeois entertainment and many horses were relocated from sports into agriculture. Paradoxically, this decline was stopped thanks to the interest of the Russians, who started to participate in the race at the end of the fifties and the Pardubice race slowly became  the top horserace within the socialist world.

The era of success of Soviet horses lasted almost ten years. The most successful was probably the horse called Epigraf, who won three times, twice ridden by jockey Prachov. The end of 1960’s brought about the revival of Czechoslovak successes, which continued also in the seventies and eighties. The Czech-Russian duels returned the spark into the race, which helped to restore the popularity. It was common that the race was attended by around 30.000 people. There are two heroes in this period of the race, both won three times: Korok with jockey Václav Chaloupka and gelding called Sagar ridden by jockey Liebich. The turn of the eighties and nineties saw the greatest successes of the so far most successful pair in the race’s history, the four-times winning gelding called Železník with jockey Josef Váňa, who later won the race for the fifth time with a different horse.

After the fall of the communist regime in 1989, another significant change in the history of the racecourse occurred. In 1992, the racecourse was returned into the hands of the city of Pardubice and since that time, the races have been organised by the Horseracing Society of Pardubice. The competition from England, France and Ireland has returned, but the Czech success continues apart from the victory of the English sorrel called It’s a Snip ridden by Charlie Mann in 1995. Also this period has its famous pair of triple winners – the bay horse Peruán and jockey Matysík.

Throughout its history, the Velká Pardubická Steeplechase has undergone several changes of the length and course of the race. Recently, the length of the course has been settled on 6.900 metres and includes 31 jumps. This demanding race still represents a great challenge. Through its long tradition it has entered national cultural heritage, which fills Pardubice citizens with immense pride. 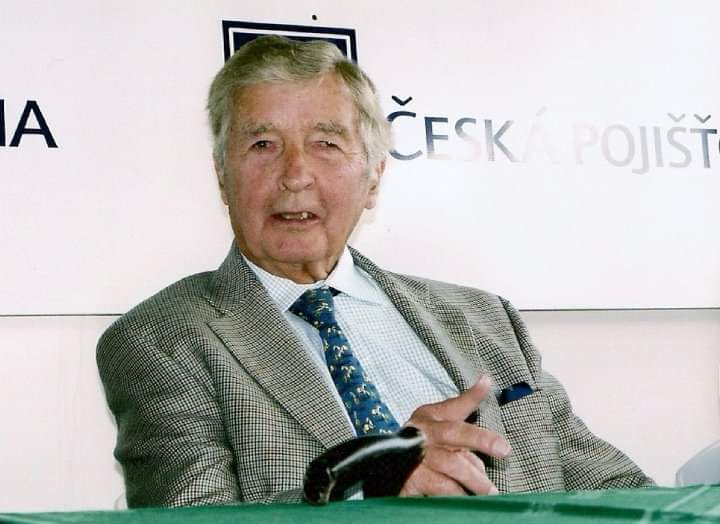